The First Lady of Luxury Liquor

Today’s podcast features Effie Panagopoulos whom I’ve affectionately dubbed the first lady of luxury liquor. What I loved about our chat was her energy. Her passion and drive are off the scale which I found very motivating! A kindred spirit on a mission, she distilled her purpose into one singular thing – making Mastiha a household name and I have no doubt that she is on her way to making this happen.

You can listen to our wonderful chat here https://podcasts.apple.com/gb/podcast/effie-panagopoulos-starting-a-liquor-brand/id1607790782?i=1000559042776 and if you have any comments, kindly email me at elizabeth@luxurybusinessemporium.com 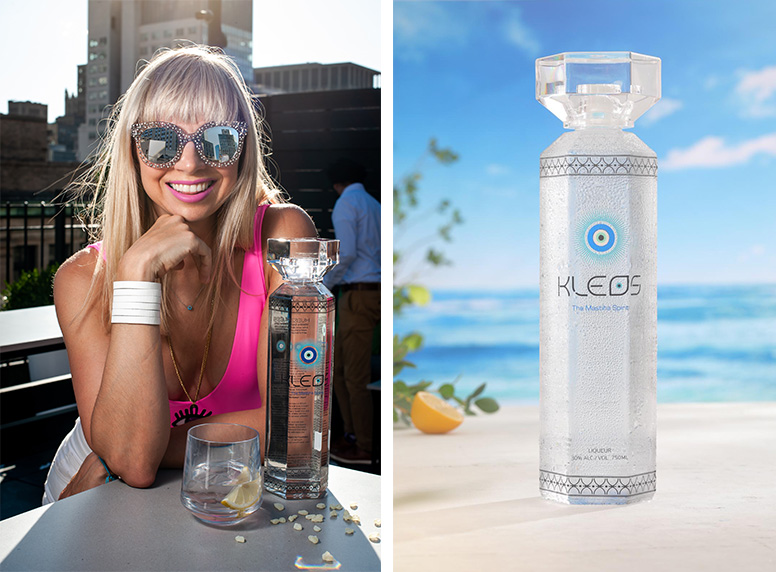 Born and raised in Boston, MA of Greek immigrant parents, and an alumna of Boston Latin School, and Boston College, Effie Panagopoulos is the first Greek woman in history to found a liquor brand.

With a BA in French/Romance Languages, Effie had lofty aspirations of being a UN ambassador, and much to the chagrin of her traditional Greek mother ended up in the spirits business.

She has over 15 years of experience marketing and selling spirits brands in the US from street to the executive level, for some of the most well-known brands. (Chambord, Bacardi, Grey Goose, Bombay Sapphire, Metaxa, Disaronno).

She finally became an “ambassador” when courted by Remy Cointreau to be the first (and only to date) National Brand Ambassador for iconic global Greek spirit brand, METAXA. It was this role that brought her back to Greece and re-ignited her love affair with the motherland.

Her “eureka moment” was in 2008, at the infamous Mykonos beach bar Nammos, coincidentally written about in VOGUE.com where she decided SHE would be the one to bring this product to the US, and has not only created Greece’s first luxury spirit brand but has eyes set on being the “new” on having a bottle of KLEOS on every bar. To seek Aristotelean balance and personify her Spartan roots, she is a fitness enthusiast, certified personal trainer, former spinning instructor, and natural bodybuilder.

She can be found deadlifting cases of KLEOS in the summertime, doing bicep curls with bottles of KLEOS, on the Greek islands, while writing bits for her next stand-up comedy routine in between sets. She is passionate about mentoring the next generation of female entrepreneurs and supporting women’s charitable organizations.

Listen to the Podcast on iTunes
Menu

Thank you for visiting.