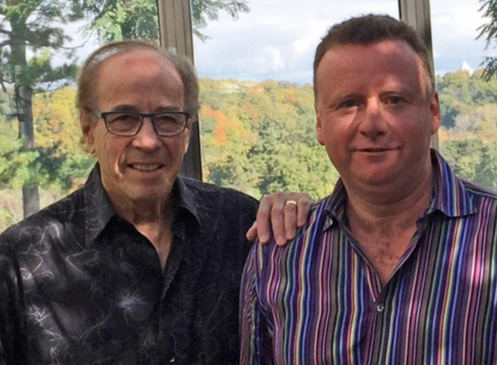 It is my pleasure to introduce you to Simon Frew, Luxury Travel Blogger and Banking Consultant. I first ‘met’ Simon on Instagram, a few years ago, and I was drawn to his page due the sheer joy and enthusiasm with which he shared parts of his many travel adventures. An influencer before the term was ever coined, his page reflects his care for provenance and high standards and he makes you feel as if you are with him on his travels. He has lived a very interesting life consulting for the best luxury brands and meeting many celebrities but he is one of the kindest and most open people I know. I am very grateful to Simon for agreeing to this interview with me and I am sure you will enjoy reading this piece as much as I did.

1. Describe your businesses and what led you to set them up?

I am a banking regulator, who started his career at the Bank of England, but living in Bermuda & Qatar led to a fascination with luxury hotels & meeting their General Managers.

In 2014 I was invited to the private home of Isadore Sharp, Founder & Chairman of Four Seasons Hotels & Resorts, in Toronto. We spent a few hours chatting alone and during this conversation he suggested I start writing a travel blog & offered Four Seasons Magazine staff to help me get this started.

After I got back to the Middle East I stayed at Four Seasons Resort Dubai at Jumeirah Beach & Four Seasons Hotel Bahrain Bay, before they were open to the public, to give Mr Sharp & his Senior Management Team feedback.

In 2015 I started 18 months of luxury travel & launched www.sifrew.com, while saying at Four Seasons Chiang Mai in Thailand. During that stay I opened the Four Seasons’ Staff Sports Day. By the time I reached Hong Kong, Mandarin Oriental Public Relations staff were keen to work with me too.

I am now a Brand Ambassador for Four Seasons, Mandarin Oriental & Veuve Clicquot champagne & showcase this work via my travel blog. 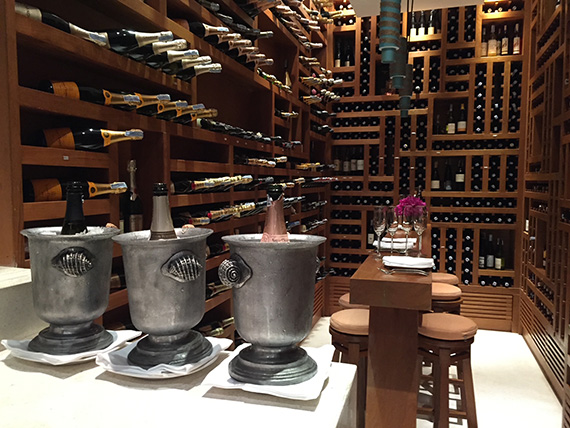 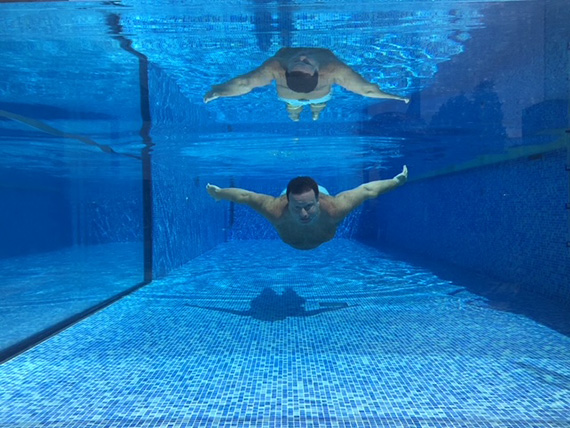 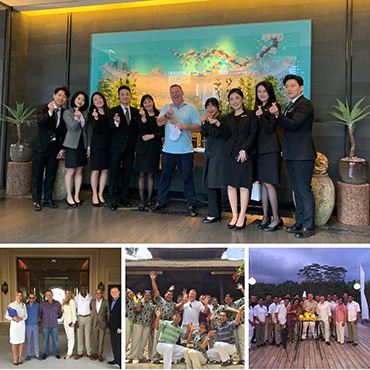 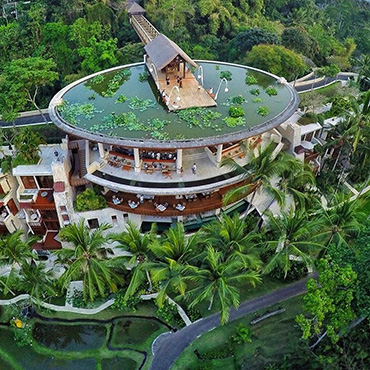 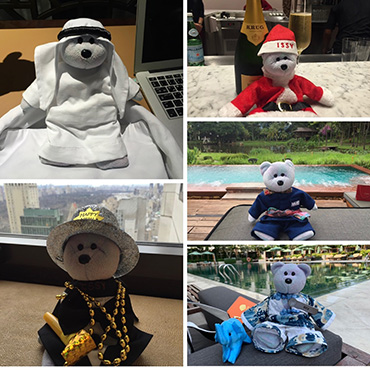 2. What is your favourite thing about working in your businesses?

When I write-up www.sifrew.com it feels I am reexperiencing & reprocessing the special service I have experienced. It is in a way like dreaming & learning that 400,000 people read my blog last year is the icing on this cake.

Also love all the outfits hotels make for my Four Seasons Beanie Baby Issy and the collection of over 170 hotel branded soft toys I have accumulated. My London coffee table is now a ‘shrine’ to my travels. See Instagram for photos of all this.

3. Is there one client you dream of working with?

The Four Seasons George V in Paris were trying to arrange for me to meet with Karl Lagerfeld but he passed away. He was a genius & it is a very sad loss to the world.

4. Who is your typical client and has that evolved over time?

My blog work has snowballed. Starting with Four Seasons, then Veuve Clicquot, Mandarin Oriental and then LVMH acquiring Belmond. I am willing to work with any truly high end luxury enterprise, where we can add value to each other’s business.

5. How much notice do you need for anyone to work with you?

I am back from living in Cayman Islands & COVID-19 means I am not travelling at this time and working from my home in the City of London. I have been helping with some Beirut banking issues but am always willing to discuss new ideas.

6. What are the different types of services you provide?

My services range from consultancy & advice in the luxury arena, to showcasing products & services through my travel blog.

7. What services are crucial for luxury businesses in 2021?

COVID-19 means having a safe, very personal service & space to socially distance is even more critical. Whether this is renting a private villa at Four Seasons Resort Bali at Sayan or a gourmet dinner served at home. These are the businesses that will thrive, once vaccines are widely available.

8. How can a brand build a relationship with you?

Send any proposal via www.sifrew.com or feel free to email me at sifrew@icloud.com

9. Where would you recommend going for afternoon tea?

There are so many exceptional afternoon teas mentioned in my blog but The Authors’ Lounge at the legendary Mandarin Oriental, Bangkok takes some beating. While the Thai options are fun, you must also try their delicate Western sandwiches.

10. Can you tell us about the best holiday you've ever had?

Another impossible question. The Iguazu Falls in Brazil & Argentina are a must see experience but staying at the Four Seasons George V in Paris blows my mind. The Royal Villa at Four Seasons Resort Bali at Sayan, with a former Buddhist monk to give you life classes. A private breakfast in the wine cellar at Four Seasons Resort Koh Samui in Thailand. Suggest people use the index in my travel blog to find a country they are interested in & they will probably find another “once in a lifetime” holiday I have experienced. I had to introduce ‘7 teddy’ ratings as ‘5 out of 5 teddies’ was not enough for the lengths staff went to to make my stays unforgettable.

11. Where do you get your personal stationery from?

I do not drive but my friend Edouard de Nazelle’s 1960s Bentley S3 in the Veuve Clicquot colours is magnificent. I will never forget driving around Reims with him in that car.

13. If you could commision a piece of art who would it be from?

It may seem like an odd choice but Bob Dylan. His exhibition at the Halcyon Gallery in London was breathtaking.

14. What are your favourite bath products?

While Four Seasons ensure Bvlgari are in my bathrooms around the world, The Dorchester introduced me to Aromatherapy Associates’ Deep Relax Shower Oil. This bath product has been my ‘Lockdown’ salvation here in London.

15. Who has been your most memorable bartender?

16. When it comes to Champagne do you prefer Champagne from an "old" house or a "new" one?

It has to be Veuve Clicquot champagne but a special mention must go to the Veuve Clicquot La Grande Dame 2012 by Yayoi Kusama. I was recently sent a bottle and this Japanese artist is incomparable & that vintage champagne divine.

While I tend to agree with Oscar Wilde that “Only dull people are brilliant at breakfast”, breakfast at Four Seasons at Park Lane, while reading the Weekend Financial Times, is my idea of heaven. The finest ingredients cooked to perfection, impeccable Four Seasons service and you can laze for hours.

18. If you had an unlimited budget for a shopping spree, where would you go?

I commissioned a solid silver postcard from Asprey on New Bond Street for my godson’s christening. It is engraved with a personal message in my handwriting. I would love to shop in that jewel of a store again. J Pierpont Morgan & the Maharaja of Patiala cannot be wrong!

19. If you could get your family, anything what would it be?

With everything going on in the world right now, good health.

20. Where is the best food hall in London?

It must be Fortnums & Mason in London. The shop dates from 1707 but still has the most innovative, quirky and uber luxurious food & drink products. Love the cute messages they leave inside lids etc

21. What's your dream credit card and why?

My banking roles mean I am afraid I am unable to publicly comment on banking issues like this one.

22. Where can we find you on Social Media?

Thank you for visiting.